Mobile Home Financing, there are Options.

Not all lenders will lend on a mobile home purchase, but Triad Financial Services continues to do their best to assist home buyers.

While others walked away from manufactured homes, Don Glisson Jr. stuck around.

He’s seen the industry’s ups and downs in his 36 years working at Triad Financial Services, the third-biggest lender to buyers of factory-made houses in the U.S. The rock-bottom was in the early 2000s, when rival firms were getting fat on subprime loans.

“I knew that would lead to disaster,” said Glisson, chief executive officer of Jacksonville, Fla.-based Triad. When sales of the homes plummeted and his competitors fled, Glisson booked profits by keeping his focus on borrowers with high credit scores. His discipline paid off: He once was satisfied if his company made $1 million in loans in a month. Now it does that amount in half a day. 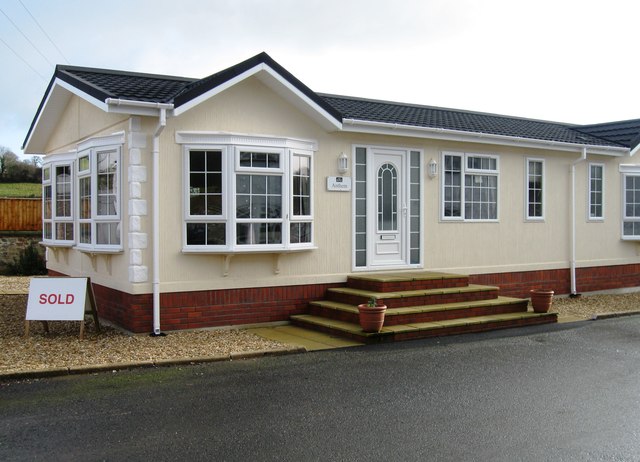 Triad might reap further rewards for its persistence. It’s one of a handful of firms that are poised to benefit from a nascent comeback for manufactured homes, shipments of which have been on the rise since 2009. Consolidation among producers and the exodus of lenders have left a just few businesses — including three owned by Warren Buffett’s Berkshire Hathaway Inc. — to dominate a market that looks primed for growth in the face of rising prices for site-built houses and the potential for regulatory change.

Fannie-Freddie Look to Provide Financing for Manufactured and Mobile Homes

Fannie Mae and Freddie Mac may soon begin to provide financing for buyers of manufactured and mobile homes, according to draft plans released on Monday.

The move is part of an effort by the mortgage-finance giants to ease burdens on low-income borrowers, many of whom turn to factory-built housing as a inexpensive alternative to traditional residences. At the same time, it could also bring criticism from people concerned about the riskiness of lending for the mobile homes , which often sit on leased land and can depreciate quickly in value.

The proposals were outlined by Fannie and Freddie as part of broader plans to address affordable housing challenges. The U.S.-controlled companies need to get sign-off for the pilot programs from their regulator, the Federal Housing Finance Agency.

The 2008 law that authorized the bailouts of Fannie and Freddie also required them to develop plans to serve three target areas: manufactured housing / mobile homes , rural housing and affordable housing preservation. The FHFA didn’t begin the extended process of implementing the requirement until 2015. The draft plans released Monday will be open to public comment and subject to review by the FHFA before taking effect in January.

Mobile home builders and some affordable-housing advocates have long called on Fannie and Freddie to support the industry, arguing that such residences are a primary way some low-income borrowers get into the real estate market. According to the U.S. Census, about 12.3 million Americans owned a manufactured home in 2015, while another 5.4 million rented one.

Buyers of manufactured / mobile homes typically are ineligible for standard mortgages because they don’t own the land where the home sits. Instead, they have to get a personal property or “chattel” loan that carries a higher interest rate and lasts 10 to 20 years, rather than the 30 years of a typical fixed-rate mortgage.

Fannie and Freddie already finance some loans for homes on land owned by the borrower and, through their multifamily businesses, to owners of entire mobile home communities on which owners rent land.

The mobile home industry crashed in the late 1990s and early 2000s, sending some lenders into bankruptcy.

Mike Dawson, a Freddie single-family vice president, said that lending and manufacturing practices are much different than they were at the time of that collapse.

“We want to look at it from a long-term sustainable lens,” Dawson said. “If we participate, we want to make sure that there are responsible lending guidelines associated with it.”

Some of the biggest lenders for mobile-home purchases lately have been the manufacturers themselves. Among them are subsidiaries of Berkshire Hathaway Inc.’s Clayton Homes, though they’ve come under criticism in the last couple years for allegedly discriminatory lending practices. The company disputes the claims.

Jeffery Hayward, Fannie’s head of multifamily, said the company through its pilot hopes to collect more data on how chattel loans perform to ensure that they don’t put taxpayers at risk.

Like Freddie’s Dawson, Hayward said the quality of manufactured / mobile homes has improved in the last couple decades, making them better collateral.

Fannie said it could begin by purchasing 350 to 425 chattel loans per year, which could amount to $20 million to $25 million.